Christian Science was introduced in Santa Barbara in 1882 by Mr. John Hiller and Mrs. Julia E. Hiller of Escanaba, Michigan, who came as winter visitors. They returned in 1884 to make Santa Barbara, California their home. Beginning in 1892, Sunday services were held regularly in the home of Mr. and Mrs. C.H. Frink, with about eight other people attending. The first public services began in 1895 in the Channel City Hall at the corner of Carrillo and Chapala Streets. In the summer of 1896, a Christian Science Society and a Sunday School were organized. In March 1899, the first public lecture on Christian Science was given in Santa Barbara by Mr. A.A. Sulcer, M.D., C.S.B., of Riverside.

In October 1900, the First Church of Christ, Scientist, Santa Barbara, California, was organized under the laws of the state with 16 charter members. At the semi-annual communion service on December 2, 1900, six more members were added. An English lady, Miss Lord, gave the church a gift of $5,000 for the establishment and maintenance of a Reading Room.

After the organizing of the church, membership increased as both interest and attendance rose. In 1902, a small church building on State Street was purchased and refurnished. Services were held there until more space was needed in 1906. A 112-by-200-foot lot was purchased at the corner of Micheltorena and Anacapa Streets, facing a city plaza. In 1910, the church building was moved to this lot and enlarged, doubling the seating capacity. The structure was completely refurnished and a pipe organ installed. The church remained in this location for 22 years. 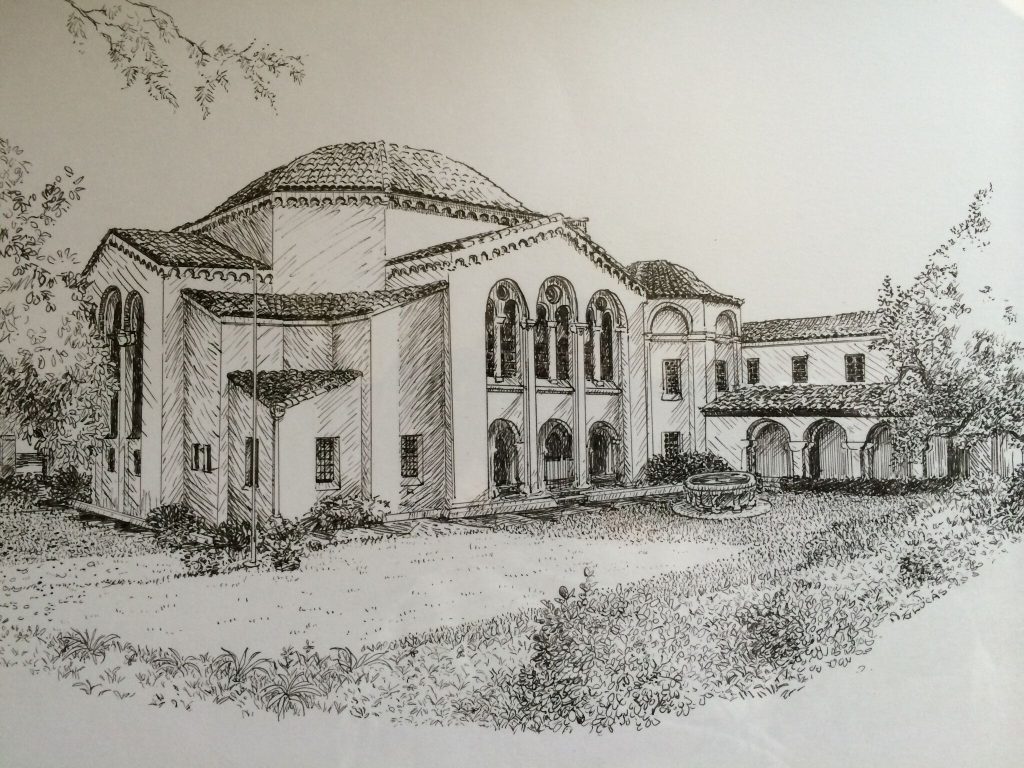 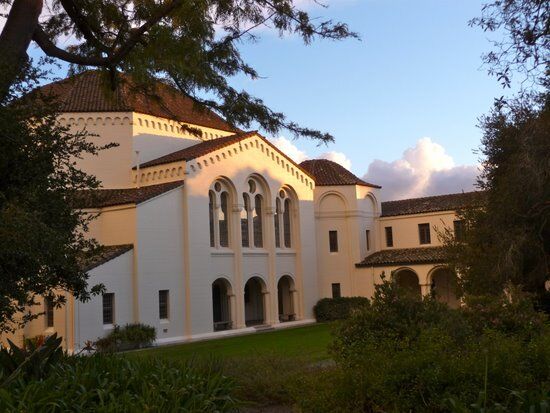 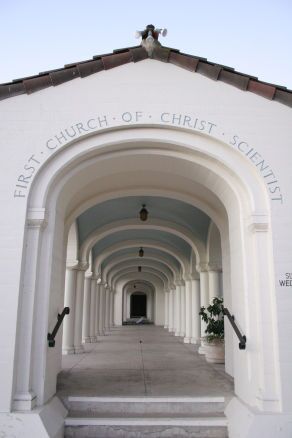 During World War I — from March 1, 1918 to January 1, 1919 — a War Comforts committee established by the church turned out 5,000 garments for the use of men in the service and their families, with a sum of $5,600 having been contributed for the work.In 1922, plans were drawn for a new church structure with a connected Sunday School building. An attractive concrete structure for the Sunday School was erected in the winter of 1922-1923. However, after the 1925 earthquake, plans for the new church structure were abandoned.

On the day of the 1925 earthquake (June 29, 1925), the president of the Church was quick to see the need for relief work. A tent was established in City Hall Plaza and a second stand on the grounds of the Church. Box lunches, contributed by the Christian Scientists of Los Angeles, were given out from these two locations to all who asked for them. These lunches were also distributed by automobile to those who found it difficult to reach the centers. When the Red Cross announced that there was enough food in Santa Barbara, the tent was removed from the plaza, though canned goods were still given out from the Church grounds. For almost two weeks, a Church committee continued to carry cold drinks twice a day to the U.S. Marines who patrolled the hot, dusty, and debris-filled streets, and to the telephone operators who stayed by their posts from the first tremor. Clothing, food, milk, money, and some tents were supplied to the families of the Sunday School children whenever needed. During the period of rehabilitation, members of the church and congregation were given such aid as needed through a fund contributed by The Mother Church in Boston, by other Christian Science branch churches in California, and by private individuals. These loans and gifts were a great blessing to the congregation, enabling some to reestablish their businesses and others to repair their homes.

At the time of the earthquake, this church was one of two church edifices in the city left standing. This afforded a unique opportunity to show good fellowship with the other denominations. Use of the building was offered to local ministers to hold their own services.

During the reconstruction period, the president and church members considered obtaining a lot with a view to erect a new church home. The property at the southwest corner of Valerio and Santa Barbara Streets was selected and purchased.

In early 1930,a building committee was appointed and work to clear the lot began. A small house on the property was sold and many unneeded old trees were removed. As the Depression was at its height, local banks were not forthcoming with loans large enough to cover the cost of building. Church member Mrs. Lora J. Knight offered a generous sum to meet the need. A further motive for building came from the fact that employment was especially needed in the town. Construction took about two years.

In 1941, a church member purchased the former church property at Micheltorena and Anacapa Streets, thereby hastening the date of the dedication of this structure. March 26, 1944 was then chosen as the day for the dedication service. Christian Science branch churches are “dedicated” only when all debt owed on the property is paid off.